How Much You Will Win at A Poker Tournament: ICM Poker Calculator

Home » Blog » Articles » How Much You Will Win at A Poker Tournament: ICM Poker Calculator

At EvenBet Gaming, we are keen on creating, developing and upgrading online poker software and different gaming solutions for players to make use of and enjoy the thrilling poker game even more. The apps include Poker Calculator, Poker Trainer and indispensable at poker tourneys – ICM Calculator.

These apps aim at players’ skills development and improvement without spending a penny. The basic idea is simulation of the poker game or calculations of winning chances based on the data a user fills in. One of the popular solutions is ICM Calculator, suitable for poker tourneys of all sorts. How can you work out the amount of money you are going to win?

What is an ICM poker calculator?

ICM (the Independent Chip Model) – is a number of algorithms to compute a user’s general equity in a tournament. The indicator is used separately at the final stage of the poker tournament and the main point of using it is only when there are several prize places. The most obvious reason for computing ICM is to choose the most beneficial way to split the gain.

Independent Chip Model unites the two values in one app for every user:

Assuming from the stack sizes the ICM calculates for each player the probability of taking 1st, 2nd, etc. places and multiplies those probabilities with the awards.

This model doesn’t take into consideration the players’ skills, the blinds’ sizes or positions they sit in. Only the number of chips. The app gives a representation of how much one player’s chip will be worth when exchanged into money.

At the tourney, it is clear when there is one prize. Though it gets more complicated if there are several places. The ICM model itself is not about an uneven division by the number of chips, but about the probability of each player to take each of the prizes. The relationship between the number of chips and the amount of money received is not directly proportional.

The EvenBet Gaming ICM calculator works out how the remaining prize pool will be divided at the final table in a multi-table poker tournament. ICM operates the payout list and the stack list in chips to calculate the amount of money to each stack as a percentage of the prize pool left. It’s an effective way for such accounting when up to 10 players are left at the final table.

The outstanding feature of ICM Calculator is quick, advanced and rather accurate calculation. Besides, this type of mobile app is a rare one. You can use it without authorisation making it even faster to work out the numbers you need. It’s free with no in-app purchases.

In the future, we have scheduled to continue developing the ICM features and launching achievement levels, optional authorisation, and more.

Comparing the most popular ICM calculators

We have compared a few ICM poker calculating apps which are on top of the search in Google Play and App Store. We drew on high downloads number or app rate while choosing the following ones. 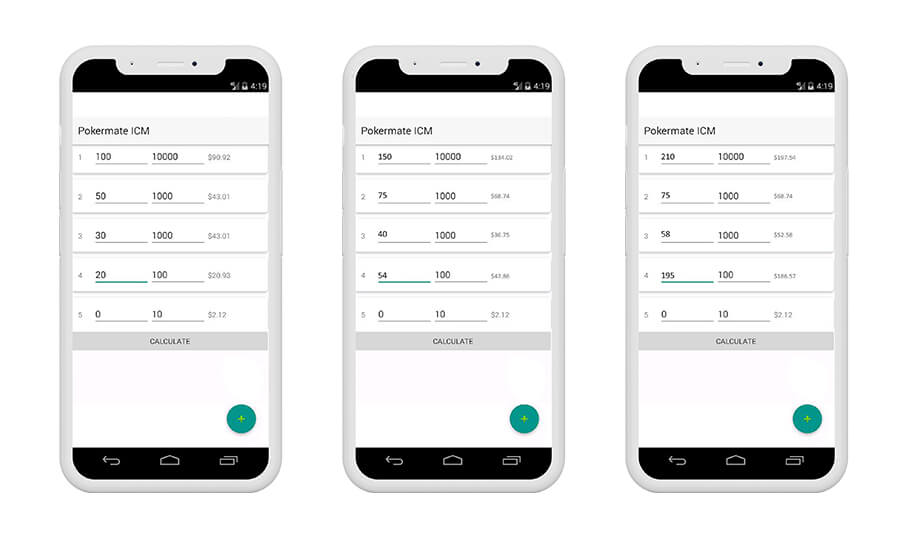 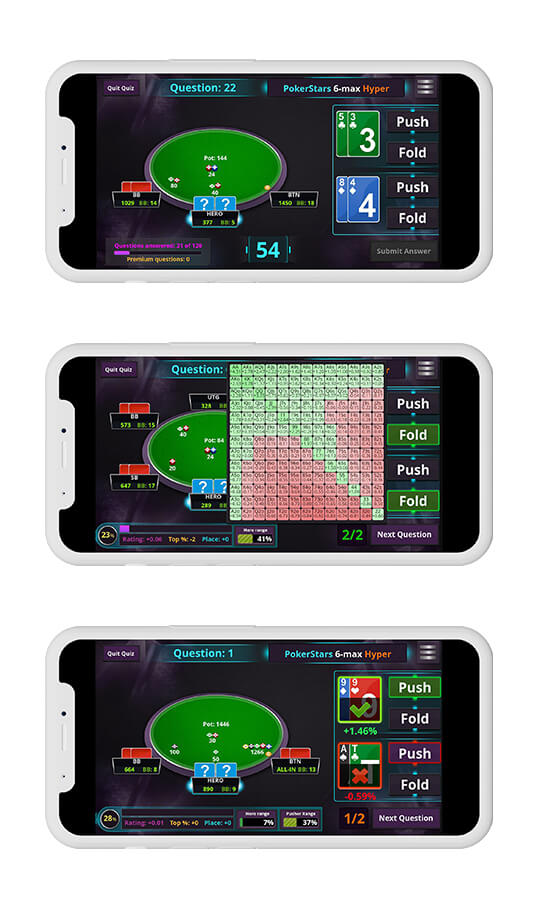 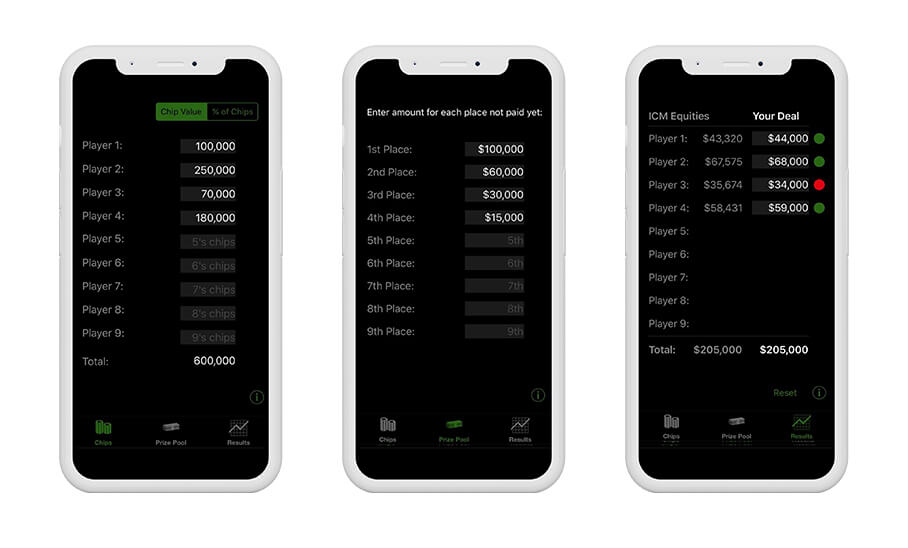 Needless to say that the market for poker players has plenty of various apps. Though when it comes to ICM calculators, the choice is quite limited. There are only a very few apps, allowing to make calculations at the final tables of the tournament. Even less of really good ones.

EvenBet Gaming ICM Calculator is a modern app, specially created as a mobile solution. It’s fast and intuitive, while being absolutely free. We provide all the players with a quick calculation to assess the situation and our chic design for more pleasant use. Let your players give it a try at a tourney!